Mongey Opticians was founded in the early 1930s by Dr. Eamonn Mongey.

The original practice was located at The Mall, Castlebar. An ophthalmologist and later a medical superintendent to The Sacred Heart home.  Dr. Mongey played for Mayo, years before his illustrious nephew, also Eamonn, who played in 1950 and 1951.

The firm was continued by his daughter Mary Rose Bourke (nee Mongey) at Ellison Street, near the old Post Office in 1948, and later by her brother Iarla who returned from London in 1962 where he did postgraduate training in orthoptics (non-surgical treatment of squint and other binocular vision defects).

Iarla oversaw the relocation of the practice to its present premises next door to John O’Donnell’s Pharmacy, Ellison Street in 1988.

In 2005 Mongey Opticians was taken over by Aine Higgins from Co. Antrim and Damien Brehony from Carrick-on-Shannon, Co. Leitrim. They have continued the long standing ethos of exemplary eyecare to the present day.

Aine Higgins MSc MCOptom  FAOI is from Antrim and qualified from the University of Ulster in 1999, in 2015  she graduated  from Ulster University with a Masters in Vision Science.

Her main area of interest is children’s eyecare, special needs and Down’s Syndrome. She has been involved with the AOI Down syndrome specialist eye care group.

Aine is also a regular examiner for the professional qualifying exams for Optometrists.

In 2011 she was awarded the prestigious Optician of the Year (UK and Ireland).

Damien Brehony FAOI MiM hails from Carrick-on-Shannon. He qualified from DIT in 1999.He has worked extensively in independent and multiple practices in Ireland and the UK. He also worked in the ophthalmology department of the Royal Hospital in Liverpool specialising in diabetic screening, pre and post-cataract assessment and low vision aids.

He also holds a Masters in Management from the UCD Smurfit Business School. 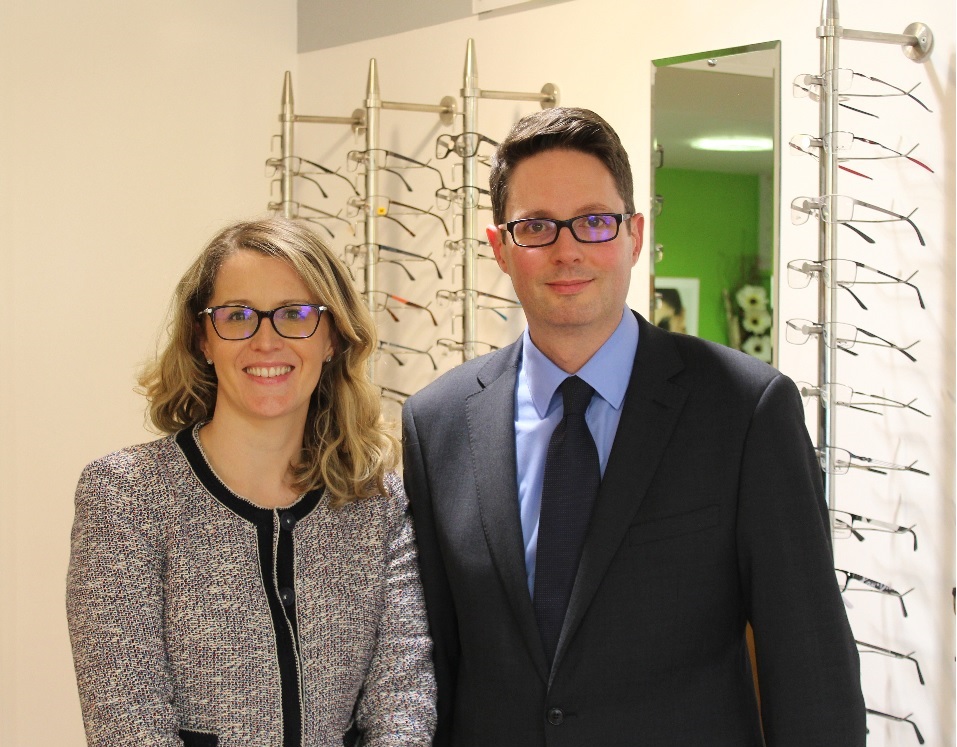